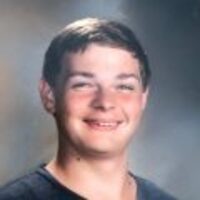 Franklin Lee Thomas age 21 of Clarksville, passed away on Sunday March 3, 2019 in Clarksville. He was born July 26, 1997 in Honolulu, Hawaii, the son of William Thomas and Robbie Watts Thomas. Franklin is a 2016 graduate of Kenwood High School. He enjoyed music and playing the guitar. He enjoyed cooking and was known as a helper to others. In addition to his parents he is survived by a son August Thomas and a daughter Carson Thomas; his grandmother Monika Thomas and grandparents Donald Watts and Gloria Moses, as well as several aunts, uncles and cousins. Funeral services for Franklin will be conducted on Saturday March 9, 2019 at 1:00 P.M. at Gateway Funeral Home. Visitation will be from 11:00 A.M. until the time of services on Saturday. Arrangements are under the care of Gateway Funeral Home and Cremation Center 335 Franklin Street Clarksville, TN 37040. Phone 931-919-2600. Online condolences may be made by going to www.gatewayfh.com.

To order memorial trees or send flowers to the family in memory of Franklin Lee Thomas, please visit our flower store.