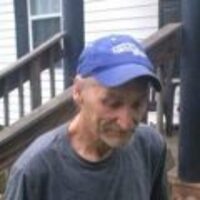 Frankie Dean Moody age 63 of Cunningham, TN, passed away on Wednesday January 9, 2019 at Tennova Healthcare in Clarksville. He was born May 10, 1955 in Clarksville, the son of the late Frank James Moody and Loris Loraine Moody Smith. Dean had worked in construction and as a relocation specialist in the moving business. He is survived by three sons, Martin Dale Moody of Clarksville; James Dean Moody of McEwen, TN; and Roger Duane Moody of Clarksville. He is also survived by brothers Kenneth Moody, and Donnie Moody and sisters Marie Hope Moody, Teresa Mahon, and Ann Smith. Also surviving are four grandchildren, James, Anthony, Barbara, and Micheal. In addition to his parents he is preceded in death by brothers William Carney and Ronnie Cook. Arrangements are under the care of Gateway Funeral Home and Cremation Center 335 Franklin Street Clarksville, TN 37040. Phone 931-919-2600. Online condolences may be made by going to www.gatewayfh.com.

To order memorial trees or send flowers to the family in memory of Frankie Dean Moody, please visit our flower store.