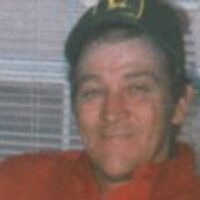 Frank James Wright age 67 of Palmyra, passed away on Wednesday September 27, 2017 at Tennova Healthcare. He was born June 21, 1950 in Bowling Green, KY the son of the late Norman Wright and RosaLee Williams Wright. Frank was a truck driver and timber cutter. He is a Baptist, as well as being an outdoorsman who loved to farm and cut timber. He enjoyed watching western movies. He is survived by a son Thomas Henry Sharpe Jr. (Lori) of Palmyra; a daughter Angela Sue Taylor (Donald) of Palmyra; a brother John Wesley Wright of Palmyra; and 10 grandchildren. He also has three adopted daughters, Shanty Coulter (Chris); Chasity Hassell (Eddie); and Sandra Self (Joey). In addition to his parents he is preceded in death by his wife Shelby Jean Wright, and brothers Billy Joe Wright and Norman Wright Jr. and sisters Helen Hollis, Patty Rose, Bonnie Ruth Collins, and Ann Wright. Funeral services will be conducted on Saturday September 30, 2017 at 2:00 P.M. at Gateway Funeral Home with Pastor Brian D. Henley officiating. Burial will be in the Smith Place Cemetery. Visitation will be on Friday from 4-8 P.M. and for the hour prior to services at the funeral home. Arrangements are under the care of Gateway Funeral Home and Cremation Center 335 Franklin Street Clarksville, TN 37040. Phone 931-919-2600. Online condolences may be made by going to www.gatewayfh.com.

To order memorial trees or send flowers to the family in memory of Frank James Wright, please visit our flower store.