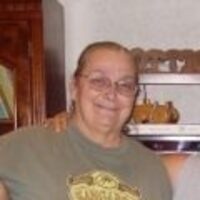 Francie L. Ferguson age 68 of Clarksville, formerly of Phoenix, AZ, passed away on Monday August 13, 2018 at The Waterford of Sango. She was born October 9, 1949 in Salt Lake City, Utah. Francie worked for over 20 years as a legal secretary with the Attorney General office in Arizona. She had lived most of her life in Phoenix, coming to Clarksville in 2010. She was an excellent cook and seamstress and enjoyed making crafts. She is survived by two granddaughters Carol Wolf of Clarksville and Christina Mendoza of Phoenix. She is also survived by four great grandchildren Alonzo Mendoza, Manuel Mendoza, Maddie Mendoza, and Kaylyn Wolf. She is preceded in death by her husband Thomas Wayne Ferguson and a son Erin Mathew Ferguson and a daughter in law Debbie Lyn Ferguson. A service of remembrance of Francie will be planned at The Waterford of Sango. Arrangements are under the care of Gateway Funeral Home and Cremation Center 335 Franklin Street Clarksville, TN 37040. Phone 931-919-2600. Online condolences may be made by going to www.gatewayfh.com.

To order memorial trees or send flowers to the family in memory of Francie L. Ferguson, please visit our flower store.