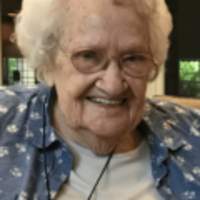 Frances F. Pittman age 91 a resident of Fieldstone Assisted Living in Clarksville, passed away on Wednesday January 17, 2018. She was born February 15, 1926 in Meridian, Mississippi, the daughter of the late William Eugene Fulton and Glennie McKee Fulton. Frances was a military wife and was married to Eddie R. Pittman until his death on December 21, 1998. As she followed him throughout his career she had various jobs including working in the audio visual department of the Center for Disease Control in Atlanta. Frances was a member of the Baptist Church. She is survived by her daughters Regina Suzon Pittman of Stuart, FL; Rebecca Francine Hambrick of Calhoun, GA; and Johnnie Jane Rasch (Ricky) of Cumberland Furnace, TN. She is also survived by 5 grandchildren, 12 great grandchildren and 3 great great grandchildren. In addition to her husband and parents she is preceded in death by two sisters, Eugenia Adams and Johnnie Montgomery. In keeping with Frances' wishes, there will be no public funeral services. Arrangements are under the care of Gateway Funeral Home and Cremation Center 335 Franklin Street Clarksville, TN 37040. Phone 931-919-2600. Online condolences may be made by going to www.gatewayfh.com.

To order memorial trees or send flowers to the family in memory of Frances F. Pittman, please visit our flower store.