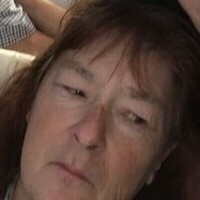 Ella Rebecca Fuller Myatt, age 66, of Ashland City, TN, passed away on Monday September 20, 2021 at her residence.  She was born April 20, 1955 in Nashville, TN, the daughter of the late Ernest Fuller Sr. and Mary McCarroll Fuller.  Rebecca had been a laundry attendant with Soap Opera Laundromat.  She attended the Pennsylvania Avenue Church of Christ in Nashville.  She is survived by her daughters Ella Marie Scott of Ashland City, and Ingrid Cokley of Ashland City, sons Jimmy Wayne Fuller (Yolanda) of Shepherdsville, KY, and Marty Joseph Scott of Ashland City.  Also surviving are sisters Shirley Green of Fairview, Peggy Mann of Fairview, and Judy Gower of Fairview.   She is also survived by ten grandchildren and six great grandchildren. She is also survived by grandchildren whom she helped to raise, Kayla Darlene Owens Backley and Savannah Owens.  In addition to her parents, she is preceded in death by brothers Ernest Fuller Jr., Larry Fuller and Wayne Fuller. There are no public funeral services scheduled at this time.  Arrangements are under the care of Gateway Funeral Home and Cremation Center  335 Franklin Street  Clarksville, TN 37040.  Phone 931-919-2600.  Online condolences may be made by going to www.gatewayfh.com.

To order memorial trees or send flowers to the family in memory of Ella Rebecca Myatt, please visit our flower store.