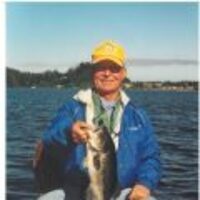 Edward Henry Young age 79 of Clarksville, passed away in Clarksville on Thursday April 30, 2020. He was born April 3, 1941 in Winnipeg, Manitoba, Canada, the son of the late Henry Edward Young and Martha Heintz Young. Ed lived for many years in California and Oregon before moving to Clarksville to be near his daughter and her family. While in his working years he was a plumber and pipefitter. He was an avid outdoorsman and conservationist. He loved outdoor activities including scuba diving, fishing, water and snow skiing, camping and hiking. He was also an instructor for First Tee Golf. Ed was a member of the Diablo Road Runners, a running club in Northern California, Slopes and Trails in Southern Oregon, and the Sierra Club. He was also a member of the Diablo Valley Masonic Lodge # 448 in California. Ed is survived by his daughter and best friend, Kelly Andre of Clarksville. He was an important part of the lives of his grandchildren Kinnick Andre and Maks Andre. He is also survived by a sister Lynn Richartz of Grants Pass, OR. and a brother in law David Moodie (wife Kelly). Ed will be remembered daily by his family, however there are no public funeral services planned. Arrangements are under the care of Gateway Funeral Home and Cremation Center 335 Franklin Street Clarksville, TN 37040. Phone 931-919-2600. Online condolences may be made by going to www.gatewayfh.com.

To order memorial trees or send flowers to the family in memory of Edward Henry Young, please visit our flower store.