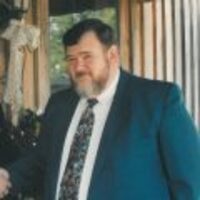 Edward Lewis Herrington age 74, of Clarksville, passed away at home on June 17, 2018. A celebration of his life will be held at 11:00 A.M. on Saturday June 23, 2018 at Grace Church of the Nazarene 3135 Trenton Road, Clarksville. Pastor Ryan Brown will officiate. Visitation will be held at the church from 4 to 7 P.M. on Friday June 22 and on Saturday from 10:00 A.M. until the time of services. Ed was born March 7, 1944 in Clarksville, TN. Throughout his life he had worked in civil service at Ft. Campbell and had operated a gun shop and was a gunsmith as well as operating a clock repair shop. He is the son of the late Perry Herrington and Robbie Herrington Davidson. Survivors include his loving wife Patricia Gray Herrington, sons John Herrington (Hannah) , Michael Herrington (Lory), Daron Brown (Katie), Ryan Brown (Jamie), daughters Laura Narvid (Michael), Kim Harvey (Andy), sisters Sue Schmittou (Donnie), and Dianne Rye and brothers Ray Herrington and Bill Herrington. Grandchildren including Kendall, Parker, and Macy Brown of Waverly, Ryanne and Jamison Brown of Bellevue, OH and Addison and Wyatt Narvid of Clarksville. In addition to his parents he is preceded in death by two children, Amanda Herrington and Charles Herrington. Honorary pallbearers will be Roger and Kay Deffendall, David and Pat Wright, McCauley, Charles, Sanford, and Pamela Gray. Arrangements are under the care of Gateway Funeral Home and Cremation Center 335 Franklin Street Clarksville, TN 37040. Phone 931-919-2600. Online condolences may be made by going to www.gatewayfh.com.

To order memorial trees or send flowers to the family in memory of Edward Lewis Herrington, please visit our flower store.