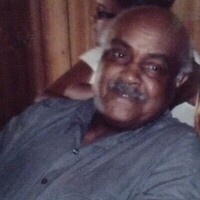 Edward “DJ Hashbrown” Eugene Ellis, age 82 of Clarksville, TN passed away at Tennova Healthcare on Monday, January 24, 2022. Gene was born on February 10, 1939 to the late Irene and John Ellis Sr., in Woodlawn, TN. Eugene had many nicknames from Ed, Gene, DJ Hashbrown and Ellis Cat. He enjoyed DJing, motorcycle riding and hanging out with friends at the local store. Gene was a Supervise for 18 years at Metal Forge, where he manufactured bicycles. In Gene’s later years, he was a tow truck driver for Tommy’s Used Cars in Guthrie, KY.

Along with his mother and father, Gene is preceded in death by an infant sister.

Arrangements are under the care of Gateway Funeral Home & Cremation Center. 335 Franklin Street. Clarksville, TN 37040. Phone: (931)919-2600. Online condolences may be made by visiting our website, gatewayfh.com.

To order memorial trees or send flowers to the family in memory of Edward "DJ Hashbrown" Eugene Ellis, please visit our flower store.