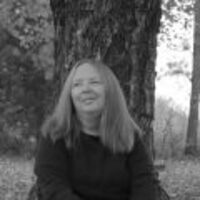 Edith Dorene Williams age 61 of Clarksville, passed away on Monday July 23, 2018 at St. Thomas Hospital-Midtown in Nashville. She was born April 17, 1957 in Mt. Vernon, Ohio, the daughter of the late Guy Russell Davis and Columbia Butcher Davis. Dorene served her country in the U.S. Army for 8 years. She was among the last to serve in the WAC's. She is survived by her husband Jason A. Williams of Clarksville; a son Russell McCrobie (Amber) of Clarksville; a daughter Jennifer McCrobie of Clarksville; a brother Eddie Davis of Goldsboro, NC; a sister Sammie Mitchell of Buchanan, WVA; and grandchildren William McCrobie, Tyson Carrell, Madison Ryan, Jayden Ryan and Hailey Ryan. She is also survived by numerous nieces, nephews and cousins. In addition to her parents, Dorene is preceded in death by a daughter Shayna Williams; a brother George Davis; and sisters Lorraine Davis and Libby Davis. Memorial services will be conducted on Saturday July 28, 2018 at 2:00 P.M. at Gateway Funeral Home. Visitation will be at the funeral home from 12 noon until the time of services on Saturday. Arrangements are under the care of Gateway Funeral Home and Cremation Center 335 Franklin Street Clarksville, TN 37040. Phone 931-919-2600. Online condolences may be made by going to www.gatewayfh.com.

To order memorial trees or send flowers to the family in memory of Edith Dorene Williams, please visit our flower store.