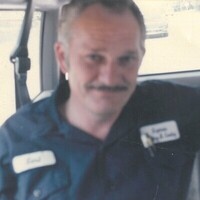 Earl L. Caudill, age 75, of Clarksville, TN, passed away on Sunday November 28, 2021 at Vanderbilt University Medical Center in Nashville, TN.  He was born November 11, 1946 in Roxana, KY, the son of the late William Earl Caudill and Jettie Mae Callahan Caudill.  Earl served in the US Navy as a medic.  While serving in Vietnam, Earl was awarded two Purple Heart Medals.  He has been self employed in the heating and air conditioning business for many years.  He is a Baptist and is a member of the American Legion.  He is survived by his daughter Andrea  Nelson (Jody L.) of Ligonier, IN and his son Anthony Ray Caudill of Denver, PA.  Also surviving  are brothers Lloyd William “Bud” Caudill of Cadiz, KY; and Wendell Caudill (Lynn) of Clarksville, TN; and his sister Janetta Morgan of Clarksville, TN.  He is also survived by seven grandchildren, three great grandchildren, and several nieces, nephews, and great nieces and nephews.  In addition to his parents, Earl is preceded in death by his sister Nora Lucille Statter and his brother in law Charles Ray Morgan. Graveside services, with military honors, will be held on Friday December 3, 2021 at 11:00 AM at the Kentucky Veteran Cemetery, West in Hopkinsville, KY.  Arrangements are under the care of Gateway Funeral Home and Cremation Center  335 Franklin Street  Clarksville, TN  37040.  Phone 931-919-2600.  Online condolences may be made by going to www.gatewayfh.com.

To order memorial trees or send flowers to the family in memory of Earl L. Caudill, please visit our flower store.