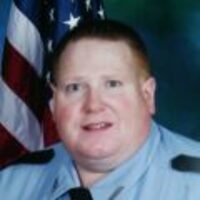 Douglas Allan Klein age 54 of Clarksville, passed away on Saturday October 24, 2020 at the Clarksville Nursing and Rehab Center. He was born March 28, 1966 in Erie, PA, the son of Allan Klein and Patricia Ormsbee Klein, both of Clarksville. Doug is a graduate of Northwest High School and attended Austin Peay State University. He enjoyed music and played drums. He enjoyed playing drums with the family life center of Hilldale Baptist Church. He was an outdoorsman who loved fishing and hunting. He was proud to serve Montgomery County as a Deputy Sheriff for 20 years until his health no longer permitted him to serve. He had also served as president of the Fraternal Order of Police for several terms. In addition to his parents, he is survived by his sister Valerie McFall (Clifford) of Knoxville; a nephew Patrick McFall of Franklin, TN and a niece Riley McFall of Knoxville. Also surviving are aunts and uncles Barbara Hintz, Mick Hintz, Cheryl Ormsbee, Janet Klein, Jim Eckendorf, Bev & Roger Klein, and Mary Lou DeFonzo. Doug is preceded in death by grandparents, Bus & Margie Ormsbee, John & Linda Ormsbee, and Carl & Peg Klein, as well as aunts Pam Ormsbee and Carol Eckendorf and uncles Mike Ormsbee and Edward Klein. Memorial services for Doug will be conducted on Saturday November 7, 2020 at 2:00 P.M. at Gateway Funeral Home with Pastor Stewart Salyer officiating. Visitation will be on Saturday November 7, 2020 from 11:00 A.M. until the time of services at the funeral home. Arrangements are under the care of Gateway Funeral Home and Cremation Center 335 Franklin Street Clarksville, TN 37040. Phone 931-919-2600. Online condolences may be made by going to www.gatewayfh.com.

To order memorial trees or send flowers to the family in memory of Douglas Allan Klein, please visit our flower store.