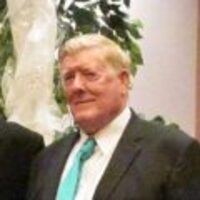 Dorris Murl "Pinky" Owen age 86 of Woodlawn, TN, passed away on Wednesday June 17, 2020 at the Tennessee State Veteran Home in Clarksville. He was born August 1, 1933 in Cerulean, KY the son of the late Gobel Owen and Velma Borders Owen. Dorris is a graduate of Hopkinsville High School and served in the US Army from 1953 to 1955. For many years he was the owner and operator of Owen's TV Sales and Service in Clarksville. He later worked as the custodian at the New Providence Baptist Church. He is a member of Pleasant Grove Baptist Church at Indian Mound, TN where he served as a Deacon and Usher. He is survived by his wife Juanita Brown Owen of Woodlawn; a son David Owen (Lisa) of Clarksville; daughters Sherry Pigg (Roy) of Ashland City, TN; and Lisa Watson (Marty) of Woodlawn, TN. Dorris is also survived by a brother G.W. Owen of Marino Valley, CA. He was also blessed with six grandchildren, Lindsay Overson, Marti Leigh Newkirk, Lauren Weide, Thomas Owen, David Owen, and Bradley Pigg as well as nine great grandchildren. In addition to his parents, he is preceded in death by a sister Lorraine Keller and his twin brother Morris Owen. Funeral services will be conducted on Saturday June 20, 2020 at 2:00 PM at Pleasant Grove Baptist Church 2904 Highway 79, Indian Mound, TN. Bro. Joe Shannon and Bro. Melvin Dunaway will officiate. Visitation will be held on Friday from 4-8 P.M. at Gateway Funeral Home and for the hour prior to services at the church. Burial will be in Fairview Cemetery in Indian Mound. Arrangements are under the care of Gateway Funeral Home and Cremation Center 335 Franklin Street Clarksville, TN 37040. Phone 931-919-2600. Online condolences may be made by going to www.gatewayfh.com.

To order memorial trees or send flowers to the family in memory of Dorris M. ""Pinky"" Owen, please visit our flower store.