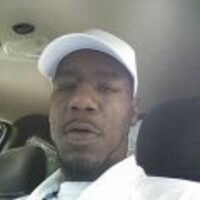 Donald Griffin Jr., age 49 of Oak Grove, KY, passed away unexpectedly Tuesday, July 21, 2020.He was born on April 7, 1971 in Newark, NJ to Donald Griffin Sr. and Vivian Farmer. Donald went to school in Newark where he completed his education with a HS GED. Donald moved to Oak Grove, KY in August of 2011 where he met and married Carol Hawk Griffin. Donald had a love for trucking which he did for many years. He loved his family and Gospel music. He would do his best to fulfill the needs of others when possible. Donald was baptized at Life Tabernacle Church in Hopkinsville, KY.

He is preceded in death by his father, Donald Griffin Sr.; son, Donald Griffin Jr. II; daughter, Nafeesah Heyawrd and step father Jackson Farmer. Services for Mr. Griffin will be held at Gateway Funeral Home and Cremation Center on Thursday, July 30, 2020 at 3:00 P.M. A visitation with the family and friends will happen prior beginning at 1:00 P.M. until the hour of service. Officiating will be Elder Bobby Carlton of Life Tabernacle Church, Hopkinsville, KY.

Arrangements are under the care of Gateway Funeral Home and Cremation Center; 335 Franklin Street, Clarksville, TN 37040. Phone: (931)919-2600. Online condolences may be made by visiting gatewayfh.com

To order memorial trees or send flowers to the family in memory of Donald Griffin Jr., please visit our flower store.