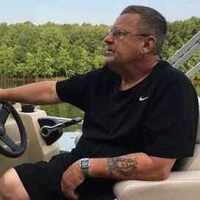 Delton Arthur Dowker Sr. (retired Master Sergeant) age 62 of Clarksville, TN, passed away on Tuesday June 8, 2021 at Tennova Healthcare.  He was born July 28, 1958 in Gaylord, MI the son of the late Ernest Dowker and Maxine Love Dowker.  Delton served his country in the US Army for 20 years, retiring as a Master Sergeant.  Following his time in the military, he worked for several years as a truck driver and later as a technician for cell phone repairs. He is a member of the American Legion.   Left to cherish his memory is his wife Sherri Martinez Dowker of Clarksville; his daughter Heather Jones (Nathaniel) of Aberdeen, MD; his sons Delton A. Dowker Jr. (Kayla) of Springfield, TN; and Joshua Dowker of San Diego, CA.  He is also blessed with seven grandchildren, Jaylin, Nicholas, Briahna, Kayli, Karla, Nate, and Eli as well as one great grandchild, Aydin.  Delton is also survived by brothers and sisters.  There are no public funeral services scheduled at this time.  Arrangements are under the care of Gateway Funeral Home and Cremation Center  335 Franklin Street  Clarksville, TN  37040.  Phone 931-919-2600.  Online condolences may be made by going to www.gatewayfh.com.

To order memorial trees or send flowers to the family in memory of Delton Arthur Dowker Sr, please visit our flower store.