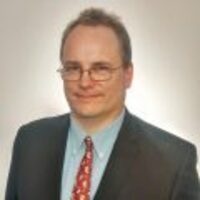 David Jonathan Shipley, age 54, of Clarksville, TN passed away on Thursday, August 6, 2020 at his home. He was born on June 15, 1966 in Nashville, TN to Ray Darrel Shipley and Bobbie Sue Cox. David worked as an Accountant for Tennessee Department of the Treasury. Apart from work, he enjoyed watching Star Wars and Star Trek movies.

A memorial service for David will take place at a later date. Arrangements are under the care of Gateway Funeral Home and Cremation Center; 335 Franklin St. Clarksville, TN 37040; phone 931-919-2600. Online condolences may be made by visiting gatewayfh.com.

To order memorial trees or send flowers to the family in memory of David Jonathan Shipley, please visit our flower store.