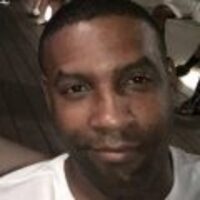 Darrin Davis age 48 has completed his journey here on earth. Now he joins among the stars of souls forever. Darrin was an amazing loving husband and father. His absence will leave a large void in all of our hearts. Darrin was a comic book enthusiast. He had a wonderful spirit that allowed him to never meet a stranger. He was a blessing to all that met him. He was love. He was born September 24, 1969 in Landstuhl, Germany, the son of LeRoy Davis of Baltimore and the late Peggy Davis. Darrin served his country in the U.S. Air Force for 5 years. He was currently employed with Hankook Tire Company in Clarksville. He is survived by his wife Calypso Trujillo of Clarksville; his Father LeRoy Davis of Baltimore, MD; sons Cobe McVea of Clarksville and Cameron Stiff, serving in the U.S. Navy. Also surviving are brothers Sean Davis of Baltimore and Jason Davis of Baltimore; and a sister Shelley Davis of Baltimore. Darrin was preceded in death by his mother. Funeral services will be conducted on Sunday July 29th at 2:00 P.M.at the March Funeral Home in Baltimore. Visitation will be on Saturday evening. Burial will be on Monday at 9:30 A.M. at the Garrison Forest Veterans Cemetery in Baltimore. Local arrangements are under the care of Gateway Funeral Home and Cremation Center 335 Franklin Street Clarksville, TN 37040. Phone 931-919-2600. Online condolences may be made by going to www.gatewayfh.com.

To order memorial trees or send flowers to the family in memory of Darrin Davis, please visit our flower store.