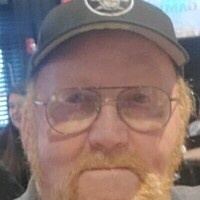 Daniel Thomas Oban, age 75, of Clarksville, TN, passed away on Friday July 16, 2021 at Vanderbilt University Hospital, surrounded by his loving family.  He was born December 4, 1945 in Minneapolis, MN, the son of the late Richard Oban and Clarice Lester Oban.  In his early years, Daniel had earned the Eagle Scout award.  He enjoyed fishing and was a football fan, especially the Raiders.  In his working years he was employed with Firestone Tires for 25 years, specializing in heavy equipment tires.  He was the owner operator of Red’s Tires in Livermore, CA for 8 years, where he specialized in heavy equipment tires.  He completed his career at Best One Tires in Nashville until his retirement.  Left to cherish his memory is his wife Valeria Pardue Oban of Clarksville; his daughters Shannon Hott of Clarksville; Mischelle Fielsch (Hans) of Tracy, CA; and Danielle Fryer (Scott Smith) of Clarksville; sons Tony Jenkins (Jennie) of Clarksville; and Robert Oban (Jennie) of Vancouver, WA.  He is also survived by a sister Diane Ludzadder and brothers Ed Sable and Bobby Sable (Trudy); as well as thirteen grandchildren.  In addition to his parents, he is preceded in death by a brother William Oban. Funeral services for Daniel will be conducted on Wednesday July 21, 2021 at 2:00 P.M. at Gateway Funeral Home with Pastor T.J. Phillips officiating.  Burial will follow at Resthaven Memorial Gardens.  Visitation will be from 12 noon until the hour of services on Wednesday.  Pallbearers will include Daniel Hott, Jacob Hott, Robert Oban, Tony Jenkins, Scott Smith, and Mason Roshell.  Arrangements are under the care of Gateway Funeral Home and Cremation Center  335 Franklin Street  Clarksville, TN  37040.  Phone 931-919-2600.  Online condolences may be made by going to www.gatewayfh.com.

To order memorial trees or send flowers to the family in memory of Daniel Thomas Oban, please visit our flower store.