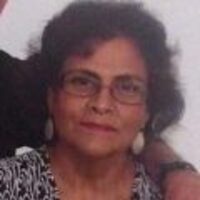 Corinne Cordova age 64 of Clarksville, passed away on Sunday October 14, 2018 at her residence. She was born January 13, 1954 in Aransas Pass, TX, the daughter of the late John R. Castro and Victoria Barrara Castro. Corrinne had lived for many years in California and had worked for several years at the Kaiser Hospital in Riverside California. She was known as a hard worker who was devoted to her family. Her faith in God was always close to her heart. Survivors include her sons Raymond Cordova Jr. (April) of Clarksville; and Kris Cordova of Riverside, CA; step daughters Debbie Montgomery (John) of Federal Way, WA; and Diane Ramirez (Frank) of Scottsdale, AZ. Also surviving are two brothers Romeo Castro and Oscar Castro both of Aransas Pass, TX; five sisters Sandra Cadina of Wichita Falls, TX; Josephine Friesnehahn of Aransas Pass, TX; Elda Griffin of Aransas Pass, TX; Ena Sanchas of Rockport, TX; and Lisa Culbreth of San Antonio, TX. She is survived by four grandchildren, Aliyah, Raymond III, Kay, and Roselyn. She is also survived by one great grandson Cruz. In addition to her parents Corinne is preceded in death by her husband Raymond Rivera Cordova Sr. who passed away in 2015; as well as a brother John Castro, Jr.; and a sister Mary Wade. Funeral services for Corinne will be conducted on Saturday October 20, 2018 at 12 noon at Gateway Funeral Home. Visitation will be on Saturday from 10:30 A.M. until the hour of services. Arrangements are under the care of Gateway Funeral Home and Cremation Center 335 Franklin Street Clarksville, TN 37040. Phone 931-919-2600. Online condolences may be made by going to www.gatewayfh.com.

To order memorial trees or send flowers to the family in memory of Corrinne Cordova, please visit our flower store.