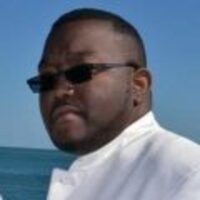 Christopher A. Roberts age 36 of Clarksville, passed away on Thursday July 19, 2018 at St. Thomas West Hospital in Nashville. He was born September 27, 1981 in Miami, FL the son of Michael Burns and Lula Mae Roberts Harris. Christopher had earned a MA degree in Pastoral Counseling. He was an Elder with the Greater Comission Church. He had worked as the owner of a retail store, as a sound engineer, and as a web designer and computer repair technician before his health no longer permitted him to work. He has lived in Clarksville for the past 4 years. He is survived by his wife Camille Elaine Ford Roberts of Clarksville; his Mother Lula Mae Roberts Harris of Miami, FL; his Father Michael Burns of Georgia. Also surviving are his daughters Makia Wilburn of Clarksville; Breauna Wilburn of Clarksville; Trinity Carmichael of Miami, FL and Christa Roberts of North Carolina. Christopher is also survived by a brother Nicholas Roberts of Texas; Elsie Rivers of Georgia; and a grandson Malachi Wilburn. Memorial services are planned for a later date. Arrangements are under the care of Gateway Funeral Home and Cremation Center 335 Franklin Street Clarksville, TN 37040. Phone 931-919-2600. Online condolences may be made by going to www.gatewayfh.com.

To order memorial trees or send flowers to the family in memory of Christopher A. Roberts, please visit our flower store.