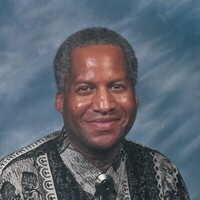 Charles Arthur Roberts, age 74, of Clarksville, TN, passed away on November 22, 2021 at Tennova Healthcare in Clarksville.  He was born May 2, 1947 in Sparta, TN, the son of the late George Arthur Roberts and Rozena Mary Gist Roberts.  Charles is a graduate of Burt High School in 1966.  He later attended Lane College in Jackson, TN on a football scholarship.  He is a member of the Hilldale Church of Christ in Clarksville.  Charles worked with Frosty Morn Meat Packing Company for eight years and with Rent-all Services at Ft. Campbell and with Nashville Hotel Services.  In his later years his health did not permit him to work.  He enjoyed watching his grandson play football and telling old family stories to his granddaughter, who adored him.  He also enjoyed Bible reading with his family.  Left to cherish his memory is his wife Ronetta Elaine Dowlen Roberts to whom he was married on June 14, 1969.  Also surviving is his dearly devoted daughter Shawndra (Sylvester) Saunders and his two grandchildren, Caleb Louis Saunders and Caley Alexis Saunders.  He is also survived by a devoted brother, George Roberts Jr. and a devoted foster brother Donald Ray Lewis and a devoted nephew, DaWann Roberts, and a devoted sister in law, Jennifer Roberts.  Also,  devoted aunts, Ann Burks of Nashville, TN, and Sue Shockley of Sparta, TN. He is also survived by a devoted cousin Yolanda Shockley as well as a host of other aunts, cousins, family and friends.  Funeral services for Charles will be conducted on Friday December 10, 2021 at 11:00 AM at Gateway Funeral Home.  Burial will follow in Resthaven Memorial Gardens.  Visitation will be on Thursday December 9, 2021 from 3-6 P.M. at the funeral home.  Online condolences may be made by going to www.gatewayfh.com.   Arrangements are under the care of Gateway Funeral Home and Cremation Center  335 Franklin Street  Clarksville, TN  37040. Phone 931-919-2600.

To order memorial trees or send flowers to the family in memory of Charles Arthur Roberts, please visit our flower store.