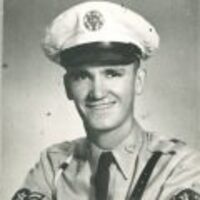 Charles Donald Akin, age 83, passed away at his residence on Thursday, August 1, 2019 in Clarksville. He was born in Clarksville, TN to the late Charlie Roy Akin and Margaret Louise Suggs Akin on June 18, 1936. Charles proudly served his country in the Air Force at the Stewart Air Force Base in Newburgh, NY and also worked as a non-commission officer. Charles was a member of several clubs including the American Legion, VFW, and The Loyal Order of the Moose.

Services for Charles will be held on Monday, August 5, 2019 at Gateway Funeral Home, with visitation from 11:00 - 1:00 P.M. Immediately following visitation hours, a graveside service will take place at Greenwood Cemetery in Clarksville, TN. Arrangements are under the care of Gateway Funeral Home and Cremation Center; 335 Franklin St Clarksville, TN 37040; Phone 931-919-2600.

To order memorial trees or send flowers to the family in memory of Charles Donald Akin, please visit our flower store.