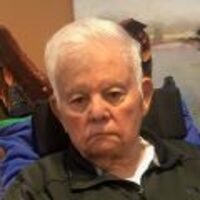 Carlos Juan Santiago Sr. (ret. Sgt Major) age 85 of Clarksville, passed away on Saturday September 26, 2020 at Tennova Healthcare in Clarksville, TN. He was born November 6, 1934 in Penuelas, Puerto Rico, the son of the late Raul Santiago and Evangelista Pola Santiago. Carlos served 30 years in the U.S. Army, retiring at the rank of Sgt Major. During his time in the military he served with the 101st in Vietnam as well as serving in Korea. During his time in service he was stationed in Germany and Iceland and he also taught at West Point. He was very patriotic and he loved his country. He was proud to be in the Army. Many of the soldiers he trained called him "Top". He is a member of the Roman Catholic Church and is a life member of the Disabled American Veterans. He was an avid reader and following retirement, he enjoyed traveling with his wife. He is survived by his wife of 65 years, Esther Gonzalez Santiago of Clarksville. Also surviving are three sons, Waldeck "Walter" Santiago (Linny) of St Cloud, FL; Carlos J. Santiago Jr. of Miami, FL; Manuel Felipe Santiago (Michelle) of Chattanooga, TN; two daughters, Brenda Elsa Ramirez (Julio) of Miami, FL; and Carmen Gonzalez (Luis) of Clarksville, TN. He is also survived by his sister Nellie and eight grandchildren and eleven great grandchildren, as well as a sister in law Isabel Gonzalez. In addition to his parents, he is preceded in death by four brothers and one sister. Funeral services will be conducted on Tuesday September 29, 2020 at 12:00 PM at the chapel of Gateway Funeral Home. Visitation will be held for the hour prior to services. Burial will follow at the Kentucky Cemetery West at Hopkinsville, KY. Arrangements are under the care of Gateway Funeral Home and Cremation Center 335 Franklin Street Clarksville, TN 37040. Phone 931-919-2600. Online condolences may be made by going to www.gatewayfh.com.

To order memorial trees or send flowers to the family in memory of Carlos Juan Santiago Sr., please visit our flower store.