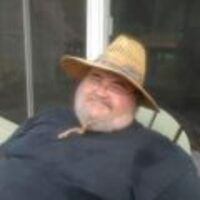 Carl Wayne Johnson age 63 of Clarksville passed away on Friday November 17, 2017 at Vanderbilt Medical Center in Nashville. He was born July 5, 1954 in Harlan County, KY the son of the late Carl Era Johnson and Cecile Elline Holbert Johnson. Carl had worked during his career in sales, most recently, along with his son, as the owner and operator of Mattress Wholesale in Clarksville. Throughout his life he has enjoyed riding motorcycles, restoring old cars and drawing. He is survived by his wife Kathy Milczak Johnson; children Kevin Hassett (Judy) of Dearborn, MI; Earl Lee Hassett IV (Ashlie) of Clarksville and Jocelyn Burger (Jeremy) of Clarksville. He is also survived by brothers Kelly Era Johnson (Ellen) of Springfield, TN; and Raymond Eugene Davis (Sandra) of Canyon City, Colorado. Carl is blessed with 8 grandchildren James, Ryan, Emily, Shannon, Samantha, Jessica, Tesla, and Abigail. The family will have a celebration of Carl's life at a later date. Arrangements are under the care of Gateway Funeral Home and Cremation Center 335 Franklin Street Clarksville, TN 37040. Phone 931-919-2600. Online condolences may be made by going to gatewayfh.com.

To order memorial trees or send flowers to the family in memory of Carl Wayne Johnson, please visit our flower store.