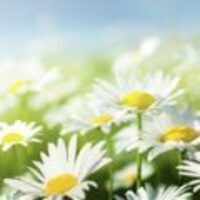 Brooksie Lee Buchanan age 88 of Woodlawn, TN, passed away on Friday January 11, 2019 at the Paris Healthcare Nursing and Rehabilitation in Paris, TN. She was born August 17, 1930 in Stewart County, the daughter of the late Robert Ray Walker and Sadie Lee Guinn Walker. Brooksie was a homemaker and a member of the Mt. Pleasant United Methodist Church. She was also active in the United Methodist Women, the Family Community Educators and was known for her cooking and baking and as a seamstress and quilter. She is survived by her daughter Vickie Buchanan of Powell, TN; a son James B. "J.B." Buchanan III (Sharon) of Puryear, TN. She is also survived by sisters Eva Jean Chester of Woodlawn; Ann Coble of Woodlawn and Loretta Smith of Clarksville. Also surviving are four grandchildren Rikkilin Wilcox (DeWayne); Brittney Buchanan; Samantha Milligan (Derek) and Tommy Soucie as well as eight great grandchildren and two great great grandchildren. In addition to her parents she is preceded in death by her husband James B. Buchanan Jr who passed away in 2006; two brothers O'Neil Walker and Desmond Walker. Funeral services will be conducted on Sunday January 13, 2019 at 2:00 P.M. at Gateway Funeral Home with Rev. Mike Guertin and Rev. Kenneth Edmondson officiating. Burial will follow in Resthaven Memorial Gardens. Visitation will be on Sunday from 12 noon until the time of services at the funeral home. Pallbearers will be family members and honorary pallbearers will be members of Bikers Who Care. Contributions may be made to the Mt. Pleasant United Methodist Church. Arrangements are under the care of Gateway Funeral Home and Cremation Center 335 Franklin Street Clarksville, TN 37040. Phone 931-919-2600. Online condolences may be made by going to www.gatewayfh.com.

To order memorial trees or send flowers to the family in memory of Brooksie Lee Buchanan, please visit our flower store.