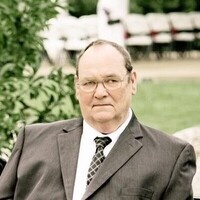 Bobby Ray Perigo, age 75, of Clarksville, TN, passed away on Monday September 20, 2021 at his residence.  He was born October 18, 1945 in Nashville, the son of the late Arthur Perigo and Moilee Bell Perigo.  Bobby had a lifelong interest in cars and racing.  In his earlier years, he enjoyed racing as a driver and as a lifelong mechanic.  He later went into teaching high performance mechanics at Nashville Auto Diesel College, now Lincoln Technical College.  He is survived by his wife Ruth Marie Hinton Perigo of Clarksville; a son Jerry Ray Perigo of Mt. Juliet, TN; daughters Kelly Pewitt (Chuck) of N. Carolina; and Kelsey Powers (Jacob) of Murfreesboro, TN; step sons James Winn (Alicia) Of Fishers, IN; and David Winn (Monica) of Cocoa, FL; and step daughters Ami Marshall (Mitchell) of Cocoa, FL; and Sara Reeves (Ian) of Valdez, Alaska.  Also surviving are sisters Lucy Swafford and Ruth Snively and a brother Larry Perigo, as well as 13 grandchildren.  There will be private family memorial services held at a later time.  Arrangements are under the care of Gateway Funeral Home and Cremation Center  335 Franklin Street  Clarksville, TN  37040.  Phone 931-919-2600.  Online condolences may be made by going to www.gatewayfh.com.

To order memorial trees or send flowers to the family in memory of Bobby Ray Perigo, please visit our flower store.