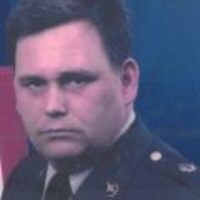 Bobby Lee Cleveland age 70, passed away on Monday, August 12, 2019 at his residence in Clarksville. He was born in Waynesboro, Virginia to the late William Martin and Lucy Evelyn Cleveland on April 29, 1949. Bobby proudly served his country in the US Army for 20 years. He served two tours in Vietnam. Bobby was a very generous man who loved to fish and hunt. His children referred to him as a "big teddy bear". The Cleveland family takes comfort in knowing their husband, father, and grandfather loved them dearly. Bobby is survived by his wife of 26 years, Linda Cleveland, two sons; Bobby Cleveland Jr. (Jennifer) of Smyrna, TN and Kenneth Charles Cleveland (Rita) of Waynesboro, VA, two step children whom he loved like his own, Dawn Michelle Whetzel of Clarksville, TN and Raymond Eugene Smith of Clarksville, TN; five grandchildren, Cody Gump, Zachary Cleveland, Ashley Cleveland, Amber Cleveland, and Noel Cleveland; and sister, Ruth Virginia Cleveland of Waynesboro, VA. Along with his parents, he is preceded in death three brothers, Richard Cleveland, Roger Cleveland, and Billy Cleveland, and one sister, Geannie Quesenberry. Keeping with Bobby's wishes there will be no services planned at this time. There will be an inurnment at a later date. Arrangements are under the care of Gateway Funeral Home 335 Franklin Street, Clarksville, TN 37040 Phone 931-919-2600. Online condolences may be made by going to www.gatewayfh.com.

To order memorial trees or send flowers to the family in memory of Bobby Lee Cleveland, please visit our flower store.