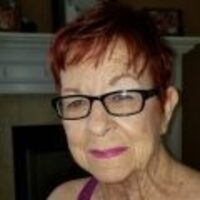 Beverly Etta Irene Ruzicka, age 77 of Clarksville, TN passed away Sunday, May 24, 2020 at her residence. She was born in Portales, NM on August 31, 1942 to the late Walter and Gloria Anderson. Beverly was retired from General Telephone know now as Verizon in California for 30 years. She was a young soul. Beverly loved her family, Elvis Presley and Oklahoma University "Boomer Sooners". She was also baptized in August of 2019 by Pastor Beau Jensen of Life Point Church in Clarksville, TN. Left to cherish her memory are her daughters; Monika Knighton (Carl) of Clarksville, TN and Aisha Franco of Swansea, IL, brother; Bennie Anderson of Dallas, TX, sister; Gisele Anderson of Austin, TX, grandchildren; Tiavante Ruzicka (Tamara), Torin Ruzicka-Howlett, Roger and Cinder Franco, as well as a great grandchild; Keiryn Ruzicka-Howlett. Along with her parents, she is preceded in death by sister; Doylene Anderson and grandchild; Ciara. The family will be having a private service for Ms. Beverly at a later date. In lieu of flowers the family has requested that donations be sent to the Alzheimer's Foundation. Arrangements are under the care of Gateway Funeral Home & Cremation Center. 335 Franklin Street Clarksville, TN 37040. Online condolences may be made by going to www.gateway fh.com

To order memorial trees or send flowers to the family in memory of Beverly Etta Irene Ruzicka, please visit our flower store.