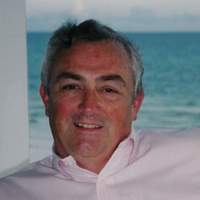 Barry Michael Harrison age 64 of Clarksville, TN, passed away on Monday May 10, 2021 at Vanderbilt University Medical Center in Nashville.  He was born June 2, 1956 in Clarksville, the son of the late Freddy Harrison and Bettye Roberts Harrison.  Barry is a graduate of Montgomery Central High School and went on to graduate from David Lipscomb College.  He was proud to have played basketball in both high school and in college. While playing at Montgomery Central, Barry earned the distinction of being named an All State Player.   He had worked in sales with Harris Electric Supply but most of his career was as a custom homebuilder and developer for over30 years.  He built new homes and restored many historic homes during his career, primarily in the Nashville area.  He is a member of Harpeth Hills Church of Christ.  He is an avid cigar smoker and a fan of the Tennessee Titans.  He was a collector of sports memorabilia and a life long basketball fan.  Survivors include his sons Samuel Clark Harrison of Atlanta, GA, and Christian Cole Harrison of Atlanta, GA.  Also surviving are brothers Nathaniel Harrison of Rocklin, CA, and Kevin Harrison of Antioch, CA, and his sister Donna Albright of Clarksville, as well as his former wife Connie Clark.  Memorial services will be conducted on Saturday May 22, 2021 at Resthaven Memorial Gardens at 2:00 P.M.  Arrangements are under the care of Gateway Funeral Home and Cremation Center  335 Franklin Street  Clarksville, TN  37040.  Phone 931-919-2600.  Online condolences may be made by going to www.gatewayfh.com.

To order memorial trees or send flowers to the family in memory of Barry Michael Harrison, please visit our flower store.