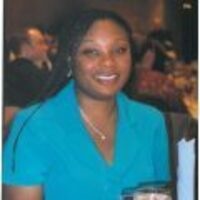 April Michelle Cole, age 50, of Clarksville, passed away unexpectedly on Saturday, March 16, 2019 at Tristar Centennial Medical Center in Nashville. She was born in Edenton, NC, the daughter of Henry Overton and Erma Riddick Copeland Overton. April served her country in the U.S. Army for 9 years achieving the ranks of Sergeant. She met her husband Maurice while they were both stationed at Ft. Campbell and they were happily married for 29 years. April later became a social studies teacher at Montgomery Central Middle School. She had earned her Master's degree and was working toward her Doctorate degree in education. She was a member of Faith Outreach Church and worked in the children's ministry and loved children of all ages. She was also an autism advocate and a supportor of Autism Speaks and the Brown Center for Autism. April lived a life of charity, simplicity, gentleness, humility and joy. Left to cherish her memory is her husband Maurice Donnell Cole of Clarksville; and her son Maurice Donnell Cole II (CJ) of Clarksville. She is also survived by her mother Erma Copeland Overton and her step father George Overton; a brother Samuel Christopher Copeland (Emily) of Columbus, GA; a former step father Samuel Copeland; a mother-in-law Estella Cole of Benson NC, a father-in-law Lawrence Cole (Katie) of Benson, NC and a sister-in-law, Jill Cole Bell (Clinton) of Dacula GA, a life-long best friend Barbara Pryor, as well as aunts, uncles, a niece, a nephew and a host of cousins and friends. Funeral services will be conducted on Monday March 25, 2019 at 11:00 A.M. at the Faith Outreach Church, 731 Windermere Drive, Clarksville, TN 37043. Burial with military honors will follow at the Kentucky Veteran Cemetery West in Hopkinsville, KY. Visitation will be on Sunday March 24, 2019 from 2-6 P.M. at Gateway Funeral Home. Memorial contributions may be made for the benefit of the education of her son, CJ at CJ'S Future. Arrangements are under the care of Gateway Funeral Home and Cremation Center, 335 Franklin Street, Clarksville, TN 37040. Phone 931-919-2600. Online condolences may be made by going to www.gatewayfh.com.

To order memorial trees or send flowers to the family in memory of April Michelle Cole, please visit our flower store.