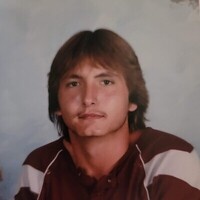 Anthony Neal “Tony” Donahue age 51 of Woodlawn, TN, passed away on Friday March 26, 2021 at his residence.  He was born August 21, 1969 in Bluefield, WVA.  He is the son of the late Martha Spicer and Kenneth Jesse Donahue of Woodlawn, TN.  Tony had worked for several years at the Wal Mart distribution center and at Frigidaire in Springfield, TN.  Most recently he was employed with Nashville Wire until his health no longer permitted him to work.  Tony is a Baptist.  He was an outdoorsman who loved to fish and hunt and work in the garden and hunt mushrooms.  He even enjoyed taking drives on the backroads. In addition to his father, Tony is survived by his sister Kamela Merchant (Tim Steward) of Woodlawn.  In addition to his mother, Tony is preceded in death by his brothers Kenneth Jesse Donahue Jr. and Terry Jesse Donahue.  Memorial services for Tony will be conducted on Saturday April 3, 2021 at 5:00 P.M. at Gateway Funeral Home.  Visitation will be on Saturday from 3 to 5 PM.  Arrangements are under the care of Gateway Funeral Home and Cremation Center  335 Franklin Street  Clarksville, TN  37040.  Phone 931-919-2600.  Online condolences may be made by going to www.gatewayfh.com.

To order memorial trees or send flowers to the family in memory of Anthony Neal Donahue, please visit our flower store.