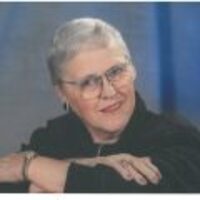 Anita Joyce Klug age 80 of Clarksville, TN, formerly of South Dakota, passed away on Wednesday October 21, 2020 at Tennova Healthcare of Clarksville, TN. She was born in Clark, SD on December 6, 1939, the daughter of the late Maxine Luverne Sutton and Ed Hinsch. Joyce worked for 29 years as a Registered Nurse in Rapid City, SD, retiring in 2002. During her life she was interested in going to auctions, art projects like oil painting, water colors, coloring, and beading as well as enjoying dancing and playing cards. She has been associated with the Grace Lutheran Church in Watertown, SD and the Sioux Falls Senior Center. Joyce is survived by her daughter Jolene Coon Shear (Joseph) of Clarksville, TN; sister Marge Swearingen of Sioux Falls, SD; brothers Darold Hinsch of Sioux Falls, SD; and Neil Hanson (Linda) of Greensboro, NC; and Doug Hinsch (Kelly) of New Brighton, MN. In addition to her parents and grandparents, she is preceded in death by her husband Ronald Eugene Klug; her son Troy Jason Klug; two nieces, Michelle and Renee Klug, two step grandchildren Alicia and Leslie Shear, and her brother in law Fred Swearingen. Graveside Memorial Services will be planned at a later date with her cremated remains to be placed with her husband and son at the Mt. Calvary Cemetery in Rapid City, SD. Arrangements are under the care of Gateway Funeral Home and Cremation Center 335 Franklin Street Clarksville, TN 37040. Phone 931-919-2600. Online condolences may be made by going to www.gatewayfh.com.

To order memorial trees or send flowers to the family in memory of Anita Joyce Klug, please visit our flower store.