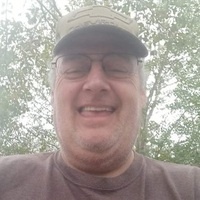 Allen Long Wallace, age 54, passed away Wednesday, January 13, 2021 at his residence. Allen was born on October 2, 1966 in Fort Eustis, VA to Archie and Eleanor Wallace. He was employed as a Technical Training Instructor at Western Global Airlines. Allen was a great friend, very loyal. He had a great sense of humor, was always hard working and had great faith in the Lord.  He will be remembered by his family as a loving son, husband, father, and grandfather.

Allen is preceded in death by his mother, Eleanor Wallace.

A memorial service for Allen Wallace will be held at a later date.

Arrangements are under the care of Gateway Funeral Home & Cremation Center. 335 Franklin Street. Clarksville, TN 37040. Phone: (931)919-2600. Online condolences may be made by visiting gatewayfh.com.

To order memorial trees or send flowers to the family in memory of Allen Long Wallace, please visit our flower store.