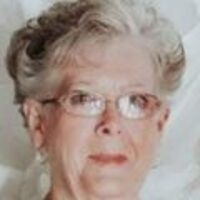 Alice Lorraine (Welch) Burton age 85 of Clarksville, passed away on Thursday September 26, 2019 at Skyline Medical Center in Nashville. She was born April 26, 1934 in the Sango Community of Montgomery County, the daughter of the late Alsey Willard Welch and Mary Lou Blackard Welch. Alice is a 1952 graduate of Clarksville High School and attended Austin Peay State University. She had previously worked as a bookkeeper with Harris Propane Gas Company for 37 years until retirement. Prior to that she had worked at Cumberland Electric Membership Corporation. She is a member of the Cumberland Presbyterian Church in Sango. She was an avid bridge player and loved working in her yard. People stopped regularly to admire her flowers as something was always blooming. She is survived by a daughter Jana Owen (Jesse) of Clarksville and a son Jeff Burton (Jenni) of LaVergne, TN. Also surviving is a sister Sue Grizzard of Clarksville and a brother Ron Welch of Benton, KY. She was blessed with nine grandchildren. They brought her joy and she dearly loved them; Jeremy, Joshua, Jarryd, Jacob, Jesse, Jordanelise, Jillian, Jocelyn, and Jackson and two great grandchildren Mason and Maddux. In keeping with her wishes, Alice was placed at Resthaven Memorial Gardens in a private family service. Arrangements were under the care of Gateway Funeral Home and Cremation Center 335 Franklin Street Clarksville, TN 37040. Phone 931-919-2600. Online condolences may be made by going to www.gatewayfh.com.

To order memorial trees or send flowers to the family in memory of Alice Lorraine Burton, please visit our flower store.